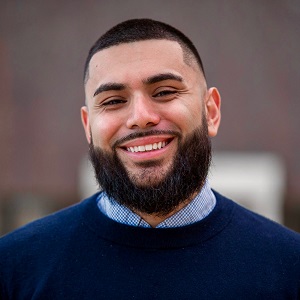 His dissertation considers the case of the U.S. Rust Belt, where cities like Detroit and Flint have long suffered the effects of post-industrial decline. The project explores the rise (and ultimately fall) of Michigan’s controversial “emergency financial management” (EFM) legislation. EFM laws allow Michigan’s governor the ability to appoint an “emergency manager” to assume total control of any city deemed to be in a state of financial emergency. These laws have disproportionately restricted local control in majority-Black cities, and ultimately played a key role in producing Flint’s water crisis. Using archival and interview methods, this project seeks to understand how and why EFM came to be by considering the logics and strategies employed by those with political power - especially state lawmakers and political operatives - at the expense of those without.

Mo lived in Detroit and taught in the Detroit Public Schools district while both the city and district were under state control, thus sparking an interest in EFM in particular, and state-urban political tensions more broadly.

Originally from Sacramento, Mo has a master’s in public policy from the University of Michigan, and a bachelor’s in history and Chicana/o Studies from the University of California, Davis. At the Harvard Kennedy School, he is a Doctoral Fellow in the Multidisciplinary Program in Inequality and Social Policy, and at the Ash Center for Democratic Governance. He is a first-generation college student and a former U.S. Fulbright Scholar to Brazil.