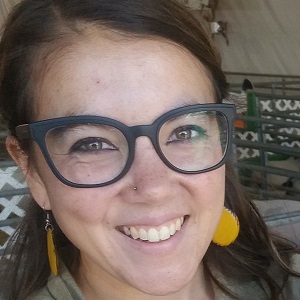 Elizabeth’s dissertation, “Contentious Solidarities,” explores how undocumented Korean American organizers conceptualize and navigate solidarity building with Black and Latinx counterparts as they develop visions for immigrant justice that extend beyond legalization and other forms of state recognition.

Responding to the rapid growth of undocumented Korean and other Asian American populations in the US, Korean Resource Center (KRC) and the National Korean American Services and Education Consortium (NAKASEC) have become influential players in the Southern Californian and national immigrant justice movements, respectively. Yet Korean Americans’ complex positioning in U.S. racial imaginaries as both victims of white supremacy, and beneficiaries of anti-Blackness gives rise to discursive, ideological, and material contradictions in KRC and NAKASEC’s work.

The resurgence of more overt forms of white supremacy, urgent calls to center anti-Blackness in racial justice work, and social media’s role in mainstreaming and intensifying debates about effective anti-racist praxis combine to create urgent re-conceptualizations of what constitutes a “progressive” stance, and by who and for whom such stances should be elaborated. Based on over two years of ethnographic fieldwork in Southern California, New York City, and Washington D.C., “Contentious Solidarities” follows KRC, NAKASEC, and the organizers with whom they ally and diverge to show how progressive Korean Americans navigate and respond to the contradictions that arise from shifting conceptualizations of racialized power and privilege.