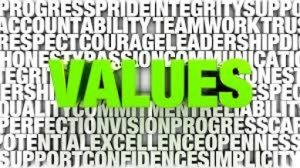 The Center for Engaged Scholarship is committed to the idea that the best scholarly work is motivated by normative commitments. However, in the decades after World War II in the U.S., many scholars believed that they should be strictly objective and produce “value free” social science. A famous talk by the German sociologist, Max Weber, on “Science as a Vocation” (1919) was often used as a theoretical justification for avoiding evaluative judgments in scholarship.

In the piece below, Robert Dunn draws from his recent book, Toward a Pragmatist Sociology, to argue that in other writings Weber made clear the impossibility and undesirability of “value free” social science: 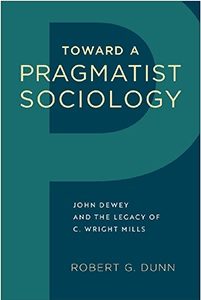 Successive generations of social scientists have taken their cues from Max Weber in thinking about the role values play in the study of society and human behavior. Appeals have often been made, problematically, to a lecture of Weber’s titled “Science as a Vocation,” in which he addresses the issue of personal and political bias in the classroom. In this talk, Weber cautions professors not to allow their personal views and opinions to intrude on their teaching. For some social scientists, Weber’s statement has become orthodoxy and, wrongheadedly, a basis for a strict separation of values and scholarly inquiry.

On this view, values are “subjective” in nature and therefore incompatible with the pursuit of “objective” scientific truth. The opposing side of this debate has contended, on more solid grounds, that it is neither possible nor desirable to segregate values from social scientific work. For these scholars, values and value judgements invariably influence both theory and research, in numerous and complicated ways, posing challenges but also imparting meaning and significance to social inquiry. This group has aligned itself with a more nuanced and complex position Weber put forth in a less cited piece, “’Objectivity’ in Social Science and Social Policy.” In this essay, Weber rigorously and compellingly shows that values are inherent in both the practices and subject matter of the social sciences. Despite lingering differences of opinion, not to mention the very real complexities of the problem, there is now general consensus that the notion of a “value-free social science” is an outmoded myth. The reasons for this consensus fall into three overlapping categories: unavoidability, necessity, and desirability.

The argument that values inevitably influence the work of the social scientist begins with some rudimentary observations about the normative character of human culture and communication. While fact and value can be conceptually separated on an abstract, a priori level, in everyday life and discourse such a separation usually proves to be a logical and empirical impossibility. This is immediately apparent in the case of language. The philosopher Hillary Putnam points out that the “entanglement” of fact and value routinely manifests itself in our ordinary, everyday vocabularies. Common terms such as “correct,” “incorrect,” “true,” and “false,” contain valuations that are embedded in the very meanings of these words. By definition, we place a positive value on “correctness” and “truth” and a negative value on their opposites. Such words merge description and evaluation in a fashion that makes it impossible to separate what is an empirical category of human behavior from its moral or ethical significance. Even the specialized lexicons we use are unable to entirely escape evaluative language. As Gunnar Myrdal points out, putatively “neutral” scientific terms such as “equilibrium,” “balance,” “stable,” “normal,” “lag,” and “function” imply evaluative judgments of given states of affairs. Given its dependence on conventional everyday language the allegedly unbiased scientific discourse of social science thus reproduces taken-for-granted cultural meanings and valuations.

Taking the argument a step further, we can recall that Weber draws attention to the necessary connection of values to our theoretical and methodological practices. He states …the very recognition of the existence of a scientific problem coincides, personally, with the possession of specifically oriented motives and values.

Far from being a fact-free matter, our very judgment of what constitutes a “scientific problem” depends upon a value orientation. Values invariably influence how we select and define the problems we investigate. Weber is alluding to the fact that, because our perceptions, thoughts, and acts as human beings are largely founded on values, our choices as social researchers effectively are framed by evaluative criteria.

We can look further to Weber’s views of the nature of social life and the appropriately corresponding method of social science. Emphasizing that the very subject matter of social science is immersed in values, Weber was an advocate of Verstehende Soziologie, a methodological approach that seeks to interpret and understand social action. This approach is premised on a conception of society as constituted of cultural patterns rooted in actors’ subjective meanings such as ideas, beliefs, and values.

One does not of course need to be a Weberian to recognize the value-laden character of the social sciences. But the question of values’ relationship to these fields does not end here. Of even greater importance, we can move beyond Weber’s insights to argue for the desirability of values. A number of voices have asserted that scholarly and empirical study ought to be actively and overtly based on and guided by values and value judgments, for this is what makes such study truly meaningful in human terms as well as beneficial to society.

It is useful to remember that American social science came of age during the Progressive Era in an atmosphere of moral entrepreneurship and social reform. Early social researchers practiced their trade by joining strong value commitments to a focus on social problems. A leading proponent of such a morally and ethically oriented social science was the pragmatist philosopher John Dewey, who devoted much of his work to the goal of integrating values into the practice of science. Dewey believed in the mutual dependence of these realms, arguing that science both depended on a system of values and in turn strengthened moral and ethical life. According to Dewey the social relations of science made it a moral enterprise, thereby connecting it to the larger society and the general interest. Pragmatism, for Dewey, was a philosophy based on the idea of problem solving; thus, he regarded the purpose of social science to be the study of social problems and their resolution. This implies a strong public role for these sciences and is rooted more broadly in the pragmatist maxim that the consequences of ideas and actions are the criteria for evaluating their worth. Indeed, the very notion of consequences has moral implications. In this view, the work of social scientists is to be judged primarily in terms of their results and significance for society at large. For Dewey, if we agree that improving human life is a fundamental goal of science, even an obligation, then it is imperative that we place human values at its very core.

The best-known exponent of a value-based social science, a Weberian and heir of Deweyan thought, was C. Wright Mills, whose own work serves as a model of how values inject vitality, depth, and relevance into social inquiry. Mills believed that an articulation and defense of cherished values, such as democracy, freedom and reason, were a necessary condition for a meaningful, critical, and public sociology. Mills had a twofold understanding of how this was to be done. On the one hand, he believed social scientists ought to be concerned with the risks posed to these values by such social forces as bureaucracy, mass culture, and the concentration of power. Consistent with Dewey’s conception, Mills believed social scientists should study social problems, in the commonly understood narrow sense of the term but also in a broader sense of the problematic workings and impact of social structure and culture. For him, this was a matter of people and politics: personal troubles were to be understood and addressed in terms of public ills. On the other hand, Mills thought social theorists and researchers need to openly articulate their own value commitments, using values as a basis for defining and characterizing the problems they study. Finally, Mills astutely recognized that in addition to lending meaning to research such openness was a necessary condition of objectivity in one’s work.

The point is not just to understand that “value free” social science is an impossible aspiration; it is that values are intrinsic to the study of society; they condition, shape, and guide scientific investigation. Hardly an obstacle to scholarly work, value orientations and value judgments are to be accepted and welcomed as part of the social science enterprise. They are ultimately the source of this enterprise’s meaning and relevance.

For further reading:
Robert G. Dunn, Toward A Pragmatist Sociology
C. Wright Mills, The Sociological Imagination
Gunnar Myrdal, Objectivity in Social Research
Hillary Putnam, The Collapse of the Fact/Value Dichotomy and Other Essays
Max Weber, “’Objectivity’ in Social Science and Social Policy,” in Methodology of the Social Sciences.