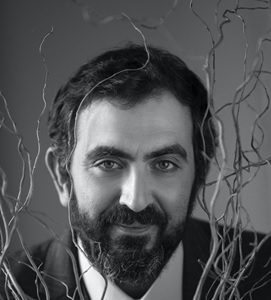 Yoav Hamdani is a PhD candidate at Columbia University History Department, where he studies violence, slavery, and military history. His principal focus is the intersections between territorial expansion, slavery, Native-American removal, resistance, and military violence.

His dissertation, Uncle Sam’s Slaves: Slavery in the United States Army 1797-1865, reveals the history of military slaves in the first decades of the American Republic. The dissertation argues that thousands of enslaved persons served as officers’ servants, becoming an integral part of the U.S. Army.

By probing the history of military slaves, Hamdani demonstrates how the “Old Army,” the key instrument of statecraft in the early United States, evolved as a national institution that condoned and promoted slavery in its ranks. The dissertation investigates the origins of slavery within the army, the political economy of military slavery as well as the legal, fiscal, and violent mechanisms that sustained it, and the ways in which it influenced the lives of slaves and soldiers. It emphasizes the national dimension of slavery and the government’s commitment to it, by unearthing the role of previously unregarded men and women in the nation’s military history and their involuntary participation in the building of an American Continental Empire.

Originally from Ashdod, Israel, Yoav graduated from Tel-Aviv University’s Multidisciplinary Honors B.A. Program in Humanities and Arts. He started his studies at Columbia University in 2015.