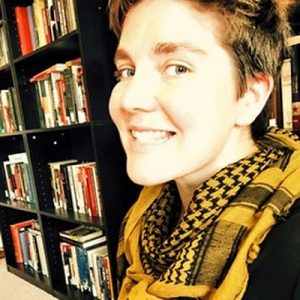 Department of History, University of Chicago

As we contend with the dual threats of economic crisis and climate disruption, historians have begun to ask new questions of the past—in particular, how and why the United States became a high-energy society. By considering the related question—how is high-energy capitalism contested and renegotiated—this project offers a new perspective on the decline of working-class power and the transformation of the American energy regime in the mid-twentieth century. Miners suggested that an energy regime in crisis was in need of a stronger contract with the workers who produced the nation’s power. This contract, they believed, would not be forged in the voting booth or at the diplomatic table, but in the workplace.

This dissertation illuminates a new understanding of the energy crisis that so profoundly shaped miners’ workplace activism since the early 1960s, when the growing discrepancy between apparently peaking energy production and skyrocketing energy consumption became a central concern for both industry and government. By conceptualizing energy politics as extending beyond the realm of politics and into the sphere of work, this dissertation reframes both the problem of decline in the power of the American workers on the job, and the meaning of the energy crisis, which extended far beyond the problems of consumption, culture, and international politics. Indeed, the energy crisis cut to the heart of the American social contract. The crisis and transformation of the American energy regime is essential in explaining the emergence of a series of upheavals in mining workplaces across the Appalachian coalfields over health and safety, environmental degradation, and union democracy.

Energy regime transformation undermined traditional social relations between miners, operators, and the state, on which the UMW had built its power. Across the long 1970s, workers, the new energy companies, and the state renegotiated the bounds of workplace action, democratic politics, and environmental exploitation in the face of an uncertain energy future.