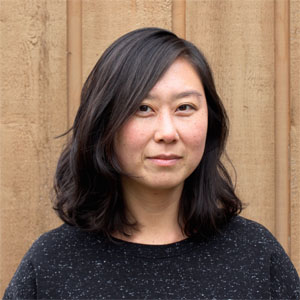 Minju’s dissertation, “One Rise, One Fall: Labor Organizing in New York’s Asian Communities since the 1970s,” investigates how Asian/Americans navigated the politics of work, racial difference, and the radical restructuring of the urban-based global economy. Through an ongoing oral history project that records and amplifies the voices of Asian/American labor organizers and rank-and-file activists, her research comes from listening to the experiences and concerns of many Asian/American New Yorkers. “One Rise, One Fall” travels through multiple industries. Opening with a study of Asian/American building tradesmen and their fight for community control and affirmative action on construction sites in the mid-1970s, her research examines organizing strategies in midst of Asian/American laborers’ varied circumstances of citizenship, race, class, and gender. She also travels to the Chinese restaurant industry where organizers attempted to unionize new immigrants in the service economy in the 1980s, as well as to the garment industry where garment workers’ demanded fair piece rates despite the logics of a global supply chain in the early 2000s. Her research reveals the capacities and tensions of labor activism in grassroots organizations and worker centers, as well as labor unions, since the 1970s. Her work has been supported by the Center for the United States and the Cold War, the Mellon Foundation, the Asian Pacific American Labor Alliance, and CAAAV: Organizing Asian Communities. Minju is also a Visiting Scholar at the Asian/Pacific/American Institute at New York University.