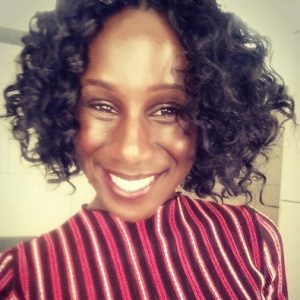 Department of History, Rutgers, The State University of New Jersey

‘A Crusade Against the Despoiler of Virtue’: Black Women, Social Purity and the Gendered Politics of the Negro Problem, 1840-1920

My research explores how the sexual ethics of black women shaped women’s rights activism and Progressive moral reform in the United States. Covering the period between 1840 and 1920, it charts the rise of the Social Purity movement, from its grassroots origins to state power, and argues it was sustained by discursively naturalizing the sexual exploitability of black women.

The Social Purity movement – a euphemism for sexual purity – emerged during Reconstruction as white anxieties over a society facing moral decline intensified. Mobilized by middle-class white women, purists campaigned to ban prostitution, raise the age of sexual consent and eradicate the sexual double standard. Yet, despite their extreme vulnerability to sexual exploitation and abuse, black women were marginalized from the movement. Paradoxically, mainstream women’s rights rested on white women’s defenselessness as it was constructed upon racialized ideas of who qualifies for female political empowerment and sexual protection, and who does not.

My dissertation highlights this crucial tension point in US women’s history. Beginning in slavery it argues that black women fashioned a moral tradition and mode of gendered activism around chastity that achieved mainstream political urgency by the late nineteenth century. Unlike their white counterparts, enslaved and free black women applied ideals of chastity to their strategies of resistance and struggles for sexual self-sovereignty in a society that denied them sexual moral agency, the expectation of patriarchal protection, and access to ideals of womanhood.

My project thus highlights the racialized dichotomy upon which social purity rested. It recovers the role that black women’s struggles for sexual self-sovereignty played in this movement, and fundamentally reveals how disenfranchised female communities have deployed gendered conservative ideals for radical ends.