Suggestions for Designing a Dissertation or Other Research Project

by David Vine
Distinguished public anthropologist and a CES reviewer. 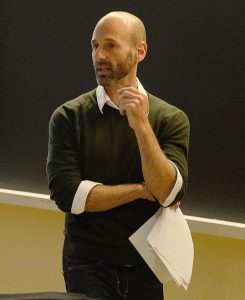 Three-ish Questions to Ask Yourself Repeatedly during Research and Writing

How has the far right organized itself in seemingly effective ways cross-nationally?

How can the left better organize itself cross-nationally?

What impact has the Military Industrial Congressional Complex had on democracy in the United States since World War II?

What are the mechanisms by which the Military Industrial Congressional Complex shapes U.S. foreign and domestic policy?

What is the relationship between college fraternities and sexual assault?

What is the relationship between university administrations and the epidemic of sexual assault on college campuses?

What are the health effects of carrying high amounts of debt? Student debt?

How and to what extent have weapons manufacturers shaped U.S. government policy on Ukraine?

Who has benefited from the war in Ukraine and how have they benefited?

What are the broad effects on Afghans of the U.S. government’s decision to withhold billions of dollars in Afghan government money from the Taliban government?

How should the U.S. government best calculate reparations due to the people of Afghanistan, Iraq, and other countries where the U.S. military has waged war? What are the calculations for each war?

What is the total value of GI Bill benefits denied to or taken from African American veterans? What consequential damages have resulted from this denial/taking in qualitative and quantitative terms?

What are the effects on refugees/migrants of being held in ICE detention centers? Of living for long periods of time in Mexico along the Mexico-U.S. border?

What are the health effects of pursuing a Ph.D. in the social sciences and humanities? An M.A.?

← Previous
Manage Cookie Consent
To provide the best experiences, we use technologies like cookies to store and/or access device information. Consenting to these technologies will allow us to process data such as browsing behavior or unique IDs on this site. Not consenting or withdrawing consent, may adversely affect certain features and functions.
Manage options Manage services Manage vendors Read more about these purposes
View preferences
{title} {title} {title}