Marking the Death of Vartan Gregorian 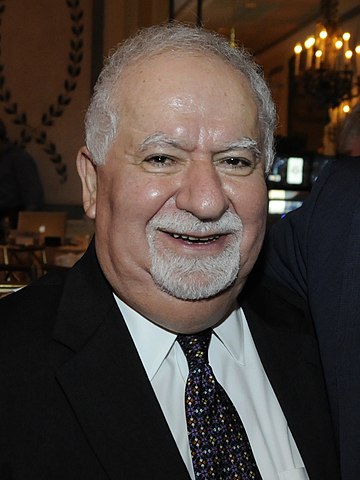 Vartan Gregorian who died on April 14th was the longtime head of the Carnegie Corporation and former President of Brown University, Provost at the University of Pennsylvania., and a distinguished historian.   His greatest achievement was saving and rebuilding the New York Public Library in the 1980’s.

At CES, we remember him for a more personal reason.   He was the Provost at Penn when I came up for a tenure decision in the sociology department in the 1978-79 academic year.  I had published my first book, The Origins of International Economic Disorder, my essay on state theory, “The Ruling Class Does not Rule,” and a number of other pieces.   However, I self-identified at the time as a Marxist and my state theory piece had been published in a journal that was still named, “Socialist Revolution.”   Universities were in the early stages of figuring out whether they would make space for a generation of scholars that had been radicalized by the movements of the 1960’s.   In a word, my case was controversial and the departmental vote had been divided.

The Dean of Arts and Sciences was not a fan.  At the end of the 1978-79 academic year, I was told that my case would be resolved sometime in the following Fall.   A new department chair engineered a unanimous vote in my favor, but I heard nothing as the months dragged by.  I finally met with the Dean in the Spring of the second year and told him that I needed a decision.  He warned me that it might well be negative.   Soon thereafter I received word that I had been denied tenure.

I immediately appealed the decision to the Provost and asked colleagues at other colleges and universities to write to Gregorian in support of my case.   The timing was ideal because this was the period when the Penn. trustees were deciding whether Gregorian would succeed Martin Meyerson as the President of the University.  I calculated that if they did not choose to elevate Gregorian, he would be looking for another job and he would not want to be known as someone who was hostile to scholars on the left.

By the summer, I found out that Gregorian had asked Seymour Martin Lipset, then at Stanford, to convene an “ad hoc” committee to advise him on my case.  The committee consisted of Lipset, Nancy Chodorow, and Kingsley Davis, a distinguished but by that point very conservative demographer.   Before I heard anything else, there was word in the Fall that the trustees at Penn. had passed over Gregorian and had chosen Sheldon Hackney to be the President of the University.   There was widespread outrage on campus, especially after reports that some of the trustees thought that Gregorian was too “ethnic” or foreign for this position.

Gregorian shared in this outrage and his supporters continued to press his case for the Presidency.  Finally, at a meeting with the trustees in October that was open to the public to comply with Pennsylvania’s sunshine law, Hackney’s appointment was affirmed and Gregorian resigned as Provost and received a standing ovation from the trustees.  As he wrote in his 2003 memoir, The Road to Home:

“Before the board adjourned, I brought up one item of unfinished business—my recommendation that Fred Block should be granted tenure.  The motion passed.”

Writing in 2003, Gregorian could have added that my later record as a scholar proved the wisdom of that decision.   But instead he leaves the distinct impression that my appointment was a final bit of payback to an institution that had treated him badly.  Even in the New York Times’ front page obituary of a man with forty years of very impressive accomplishments, it only takes to the third paragraph for the writer to say:   “Dr. Gregorian liked to tell the story of ‘the most painful experience of my entire life.’ It happened in 1980, when he was provost of the University of Pennsylvania, its top academic official.”

Whatever Gregorian’s motivation, I celebrated this outcome with an enormous sense of relief and jubilation.  And it was another lesson in the power of organizing; if it were not for all of those friends and colleagues writing letters, the outcome would have been different.  It takes collective action to defend and promote critical ideas and that is what the Center does.  Granted, we rely on hundreds of faculty to write recommendations and evaluations rather than protest letters, but it is still the same idea.   So here’s to you, Vartan Gregorian, for inspiring the creation of the Center for Engaged Scholarship.

Rest in Peace, my friend.